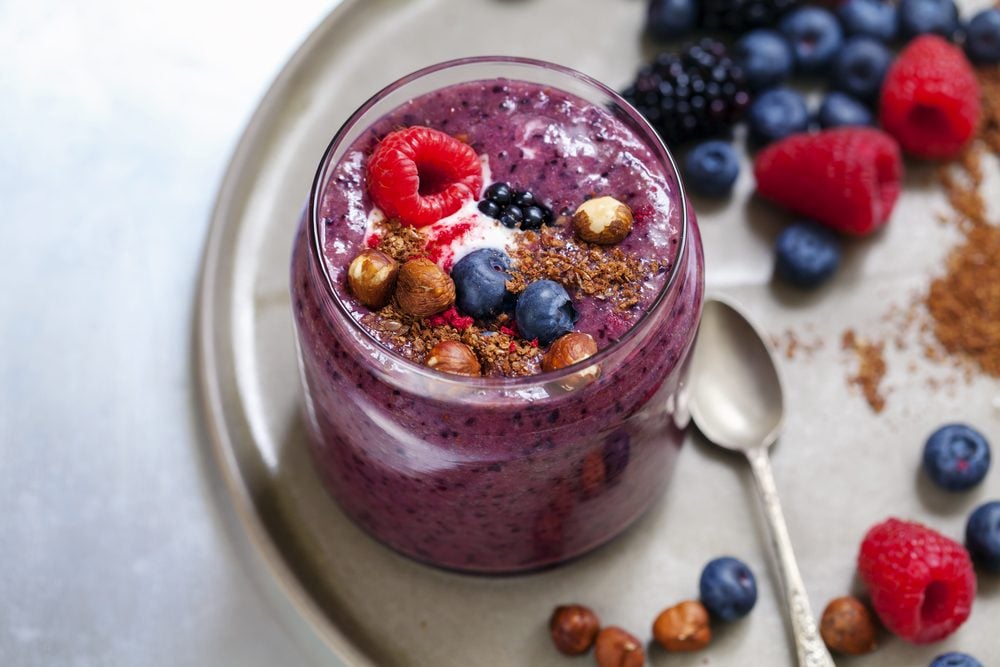 Life’s too short for diets. But burning fat? Everyone has time for that, especially when it’s as easy as these expert tips.

Here’s the truth: You didn’t gain those extra pounds overnight, even if that’s the amount of time it took for your favorite jeans to go from comfy to “did I shrink these?” And you can’t take them off that fast, either (the pounds—but also probably those jeans now, too).

Every expert ever will tell you that crash diets don’t work, are unhealthy, and offer at best a temporary fix since you may end up gaining back more than you initially lost once you fall off the wagon. But that doesn’t mean losing weight has to be a slow, torturous process either. Yes, you’ll still have to eat few calories than you burn, but nutrition and exercise researchers have uncovered some scientifically tested ways to make that easier and faster than ever.

First, the bad news. There’s no such thing as negative-calorie foods and no magic combination of nutrients that will generate enough metabolic burn to widen your thigh gap. Things like caffeine, green tea, and spicy foods do mildly increase your metabolism, but not nearly enough to make a difference on the scale.

“You need a deficit of 500 calories per day to lose one pound a week,” says Stacey Pence, RD, a nutritionist at The Ohio State University Wexner Medical Center. The only way to do that is to eat less (hard) or exercise more (harder).

So what’s the good news? There are plenty of things you can do—or avoid doing—that will make it easier to eat less and move more. And that means the pounds will drop off faster than you can imagine. Find out the 12 everyday habits that secretly slow your metabolism.

Water isn’t just a calorie-free beverage, it’s also essential to the process of metabolizing fat, known as hydrolysis, says Pence. So it’s important to drink enough fluids every day—and you’ll need even more if you’re overweight. A good rule of thumb is to drink a milliliter of water for every calorie you consume. Not into the metric system? If you’re following a 2000-calorie diet, that comes to 67 ounces or just over a half gallon of water.

Pence says there’s truth to the idea that thirst is mistaken for hunger. “Your body monitors blood volume and when it notices that you’re dehydrated, it sends out a hunger signal,” she explains. So drinking water and waiting 20 minutes to see if your stomach’s still rumbling is a good tactic.

When you first wake up, you’ve been fasting all night long. Your body doesn’t have anywhere to get protein other than your muscles, and you don’t want to lose muscle, your most metabolically active tissue (in other words, it burns calories even when you’re not doing a thing).

To prevent that from happening, says Jessica Crandall, RD, a spokesperson for the Academy of Nutrition and Dietetics and personal trainer, aim for between 20 and 30 grams first thing. She likes an egg scramble with veggies, cheese, and black beans or fills to-go coffee cups with a mix of Greek yogurt, chia seeds, nuts, and berries. Don’t miss these 13 things experts won’t tell you about weight loss.

And all day long

Studies have found that the more lean protein in your diet, the lower your risk of belly fat. One possible explanation: Protein takes longer to digest than quick-burning carbohydrates, but is less calorie-dense than fat. Which means it will keep you full longer on fewer calories.

Protein is also key in building metabolically active muscle, which helps keep your metabolism active. Try adding some of these sources of lean protein to your regular meal rotation.

When you’re cutting calories, it can be tough to make sure you’re still getting enough of all the good stuff your body runs on. “Nutrient deficiencies can stall or halt weight loss,” says Crandall. She sees lots of patients with low levels of vitamin D, for example, a nutrient that is critical to parathyroid hormone function—it helps with weight regulation. If you’re not eating a well-balanced diet, a multivitamin can be a good way to bridge those nutritional gaps and make sure you’re not missing anything that could impede weight loss or muscle building, such as calcium or iron.

“Most Americans are averaging 16 grams a day. The goal is between 25 and 30, says Crandall. Here’s why you may want to take that challenge seriously: Studies have consistently shown that the more fiber you eat, the less you tend to weigh.

Fiber—both soluble and insoluble kinds—tends to fill you up so you don’t eat as much, and is prevalent in lower-calorie foods like fruits and vegetables. Though not all of them, Crandall cautions. “Lettuce does not have a ton of fiber” so you can’t get by on salad alone. She recommends adding one cup of fruit or vegetables to every meal or snack to meet your quota. Or try these fiber-filled recipes.

Spreading the same amount of calories out over the course of your day so that you’re eating within an hour of waking up and then every four to six hours will jumpstart your metabolism, kicking off your calorie burn, and keep it going at a steady pace all day long, Crandall says. This works for a lot of people by keeping blood sugar levels steady, preventing the surges and plunges that can lead to ravenous hunger and overeating. It also keeps you from feeling deprived.

And stop eating earlier in the day

Nighttime snacking may be even worse than we thought. When researchers fed rats the same number and kind of calories but varied whether they ate them over an eight- to ten-hour period or a 15- to 24-hour span, the late night diners became obese while the rats who noshed only during the day lost weight. While they haven’t identified exactly why this occurred, they believe it has something to do with eating in line with circadian rhythms, or our bodies’ natural internal clocks, which can be triggered by environmental conditions such as sunlight. When researchers repeated the study with humans they got similar results—seems like a good idea to quit eating at sundown.

These fatty acids rocketed to fame for their ability to decrease the harmful inflammation that is associated with many chronic diseases—including obesity. Crandall is quick to point out that researchers have yet to find a cause-and-effect link—so don’t expect to pop a fish oil supplement, for example, and drop 10 pounds. But, she says, getting omega-3s from whole foods such as nuts, seeds, and fatty fish like salmon is a good way to hedge your bets. And bonus: If you’re suffering from other kinds of inflammation, that can lessen your willingness to be active, omega-3s might help there, too. Find out the fat-burning foods you should add to your diet.

Gynecomastia Workouts & Exercises to Get Rid of Man Boobs